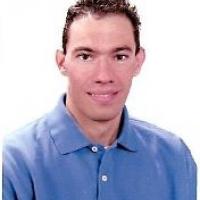 When and where did you begin this sport?
He first swam in the sea as a child and took up Para swimming in 1996 in Athens, Greece. He began competing in 1998. "I fell in love with water as a baby, because I swam in the sea before I walked. In the water I feel free, I move, I swim. I can't imagine my life without it because it is a way of life."
Why this sport?
He initially used swimming for physiotherapy following his accident and was inspired to compete after he met athletes taking part in the 1996 Paralympic Games in Atlanta. "Swimming was something I always loved, as well as water skiing. I am very familiar with water and I love it. It is something that has always suited me."
Club / Team
Panathinaikos Athletic Club: Athens, GRE