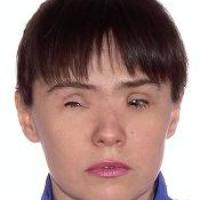 When and where did you begin this sport?
She began the sport in 2006 in Volgograd, Russia.
Why this sport?
She became interested in the sport after a man noticed her in a swimming pool and told her about the opportunity to compete at the Russian championships.
Club / Team
Centre of Summer Sports Preparation: Volgograd, RUS
Name of coach
Nikolay Kostin, RUS, from 2013

At a ball honouring Volgograd's 2012 Olympians and Paralympians, she was presented with flowers and a certificate awarding her a monetary prize by regional governor Sergey Bozhenov. (pro-sports.ucoz.ru, 07 Dec 2012)
Other sports
She won a gold medal at the 2015 Russian Championship in table tennis for the visually impaired. (Athlete, 02 Apr 2015)