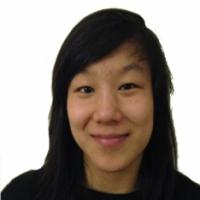 When and where did you begin this sport?
She began swimming at age seven in Merida, Spain.
Why this sport?
She was encouraged to take up the sport by her mother.
Club / Team
CN Merida: Spain
Name of coach
Laureano Gil [national]

Nicknames
Isa (vivirextremadura.es, 29 Aug 2012)
Most influential person in career
Her family, and coaches Andres Pino and Belen Fernandez. (elperiodicoextremadura.com, 15 May 2016)
Sporting philosophy / motto
"Set your sight on a goal and don't stop working until you get it." (Facebook page, 09 Feb 2020)
Awards and honours
She was named the 2013 Female Athlete of the Year in Merida, Spain. (merida.es, 18 Sep 2014)

She was named the 2012 Athlete of the Year for the region of Extremadura in Spain. (fexnatacion.com, 21 Jun 2013)
Ambitions
To compete at the 2020 Paralympic Games in Tokyo. (dxtadaptado.com, 15 Dec 2019)
Impairment
She is missing four of the fingers on her left hand. (hoy.es, 14 Nov 2016; natacionligajudex.blogspot.com, 21 Jun 2013)
Other information
MOVE TO SPAIN
Born in Xi'an, People's Republic of China, she moved to Spain in May 1997 after she was adopted by her parents Fernando and Maribel. (elperiodicoextremadura.com, 2012)