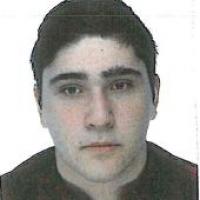 When and where did you begin this sport?
He took up the sport in 2014 in Fleurus, Belgium.
Why this sport?
He was practising wheelchair basketball when he discovered swimming. At the time, he wanted to try a sport in which he could use his legs rather than wearing prosthetics. "[In the pool] for the first time, I felt really different."
Club / Team
Charleroi Helios Aqua Team: Belgium
Name of coach
Frederic Vanlancker [club]
Training Regime
He trains 12 times a week. He does his training with able-bodied swimmers at the Charleroi Helios Aqua Team.

Most influential person in career
His parents. (Athlete, 13 Aug 2018)
Awards and honours
In 2014 he received the Sports Merit Prospect Award from the municipality of Fleurus, Belgium. (lavenir.net, 04 Feb 2014; fleurus.be, 31 Mar 2014)
Ambitions
To compete at the 2020 Paralympic Games in Tokyo. (legsgo.be, 02 Apr 2018)
Impairment
He was born without feet. (lavenir.net, 04 Feb 2014)
Other information
FROM RUSSIA TO BELGIUM
He was born in Chechnya, Russian Federation. His parents later relocated with him and his twin sibling Deni to Belgium so he could have better access to prosthetics, which were not available in Chechnya. However he says he did not use them much until age 17. After his coach, Frederic Vanlancker, designed a high profile training programme in and out of the pool, he decided to use prosthetics more often, and was able to obtain running blades with the help of an organisation. "To reach the highest profile it is necessary to have solid muscles, especially in my legs. These new prosthetics have changed my life. I can now run and walk around wherever I want." (legsgo.be, 02 Apr 2018)