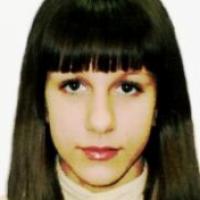 When and where did you begin this sport?
She began swimming at age six in Novotroitsk, Russian Federation, and switched to para-swimming after getting injured.
Why this sport?
She was involved in swimming before she had her accident. She returned to training after a course of rehabilitation and was inspired by an example of the Russian para-swimmer Olesya Vladykina.
Name of coach
Sergey Molchanov [father], RUS, from 2013