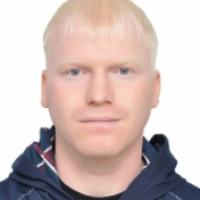 When and where did you begin this sport?
He began training in 2005 at age 14 in Petropavlovsk-Kamchatsky, Russian Federation.
Why this sport?
He was introduced to the sport by his older sister Alexandra. "I liked training right away. I didn't see any obstacles for training."
Club / Team
Edelweiss: Petropavlovsk-Kamchatsky, RUS
Name of coach
Alexander Nazarov [national], RUS; Olga Agranovskaya [personal], RUS, from 2013

Nicknames
Vanya (kamtime.ru, 29 Apr 2010)
Memorable sporting achievement
Winning gold in slalom at the 2013 World Championships in La Molina, Spain. (Athlete, 06 Mar 2018)
Most influential person in career
His parents. (Athlete, 06 Mar 2018)
Hero / Idol
US alpine skiers Bode Miller and Ted Ligety. (Athlete, 12 Mar 2014)
Sporting philosophy / motto
"Go forward and don't give up." (Athlete, 06 Mar 2018)
Awards and honours
He has received the title of Honoured Master of Sport in the Russian Federation. (kamsport.ru, 11 Dec 2017)
Famous relatives
His older sister Alexandra Frantceva has competed in Para alpine skiing for the Russian Federation, and won five medals at the 2014 Paralympic Winter Games in Sochi. (kamchatinfo.com, 17 Mar 2014)
Impairment
He was born with a visual impairment and is able to see only contours and outlines. He claims he has a 'sixth sense' when skiing, which "gives the perception as though you are a normal person. You see everything, you are healthy". (Athlete, 12 Mar 2014; vesti-sochi.tv, 05 Jul 2012)