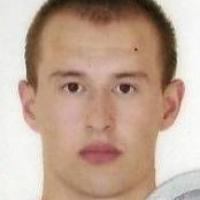 When and where did you begin this sport?
He took up the sport in 2009 in Izhevsk, Russian Federation.
Why this sport?
"I have liked ice hockey since childhood and wanted to compete on the ice."
Club / Team
Phoenix: Russia
Name of coach
Valery Karpov [club], RUS; Andrey Timokhin [club], RUS; Ruslan Batyrshin [national], RUS
Preferred position / style / stance / technique
Defence

He has received the title of Honoured Master of Sport in the Russian Federation. (minsport.gov.ru, 26 Apr 2021)
Ambitions
To win a gold medal at the Paralympic Winter Games. (Athlete, 27 Oct 2020)
Impairment
He was involved in a car accident that resulted in the amputation of his left leg. (Instagram profile, 06 Oct 2021; Athlete, 06 Mar 2014)
Other information
FURTHER EDUCATION
He graduated in coaching and adaptive sports teaching from Kalashnikov Izhevsk State Technical University in the Russian Federation. (Athlete, 09 Mar 2015)