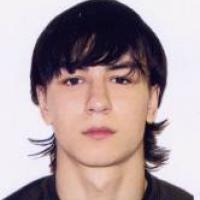 When and where did you begin this sport?
He took up the sport in 2004 in Omsk, Russia.
Why this sport?
Sergey Yushchenko, a former Russian Paralympic athlete and director of Prokopev's local training centre, invited him to try para-swimming. He later switched to para-athletics.
Club / Team
Centre of Paralympic and Deaflympic Preparation: Omsk, RUS
Name of coach
Boris Rzhishchev, RUS, from 2015