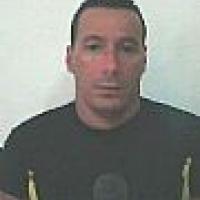 Nicknames
Ivan, Nido (Athlete, 31 Aug 2010)
Most influential person in career
His wife. (Athlete, 31 Aug 2010)
Hero / Idol
Brazilian footballer Romario. (Athlete, 31 Aug 2010)
Other sports
He has represented Brazil in para-swimming and won gold medals in the 4x50m relay at the 2006 and 2010 world championships. (SportsDeskOnline, 25 Mar 2015)
Impairment
His impairment is the result of polio. He was diagnosed with the illness at age four. (cpb.org.br, 28 Feb 2015)
Other information
FROM SWIMMING TO TRIATHLON
Previously an international para-swimmer, he announced he would attempt to qualify for the 2016 Paralympic Games in Rio de Janeiro in para-triathlon. He made the decision after discovering the 200m medley, his main event, would not be included in the programme. "I initially got involved in sport through athletics and I have an advantage over my rivals in swimming. What I have to train for is the bike. I am confident that I can get a place in Rio de Janeiro." (cpb.org.br, 28 Feb 2015)