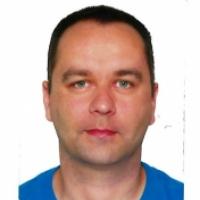 When and where did you begin this sport?
He began para-athletics in 2013.
Why this sport?
He used to play football with his friends and missed being involved in sports after his accident. As soon as he learned to walk with a prosthetic he wanted to get involved with sport again, and was inspired by South African sprinter Oscar Pistorius to do para-athletics.
Club / Team
AK Agram [CRO] / AK Zagreb Ulix [CRO]:
Name of coach
Sinisa Cik, CRO

Sporting philosophy / motto
"I want to show others that things aren't always as bad as they seem, and if you really want something, you can achieve it." (24sata.hr, 05 May 2014)
Impairment
In 2012 he was doing some rebuilding work to his grandfather's house in Zagreb, Croatia, when part of an old wall fell on him. His right leg was shattered and had to be amputated. (vecernji.hr, 05 Jun 2015)
Other information
OCCUPATION
While he was looking for a suitable sports prosthesis, he came across a specialist prosthetics company in Croatia. In addition to his prosthesis he also found a new career, and trained to become a prosthetic technician. "My impairment didn't discourage me, just the opposite. I have realised that never to set any limits in life." (vecernji.hr, 05 Jun 2015; 'Zivot nakon amputacije', 2014)