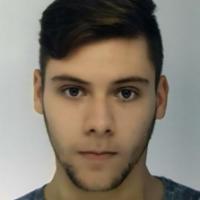 When and where did you begin this sport?
He began wheelchair racing in May 2013 at a try-out event at the Belfast Model School for Girls in Northern Ireland.
Why this sport?
He took up wheelchair racing after being inspired by watching the 2012 Paralympic Games in London.
Club / Team
Torque Wheelchair Racing Club: Banbridge, NIR
Name of coach
Heather Ardis, GBR
Training Regime
He trains on the track on Mondays and Thursdays, and in the gym on Tuesdays and Fridays. On Sundays he covers 10 kilometres in his racing chair on the road.