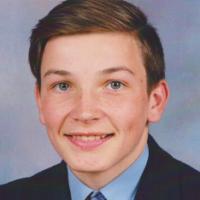 When and where did you begin this sport?
He took up athletics while at primary school.
Why this sport?
He competed throughout primary school before taking a two-year break from athletics from 2016 to 2018 due to growth pains, knee trouble and a decline in his passion for the sport. But after receiving his first running blade, funded by the START Foundation in Australia, he rediscovered his passion for the sport. In his first competition with a running blade, the 2018 State Junior Championships in Melbourne, VIC, he broke three personal bests.
Club / Team
Athletics Chilwell: Australia

Hobbies
Playing football and basketball, riding his bike, helping out on the family sheep farm. (heraldsun.com.au, 27 Mar 2018)
Impairment
At age seven a lawnmower ran over his foot on the family's sheep farm near Dunkeld, VIC, Australia. Doctors told his parents that if they wanted to save the foot, it would take multiple operations over many years and potentially result in life-long pain. They opted for amputation, allowing him to be fitted with a prosthetic leg and start running around again within months. (heraldsun.com.au, 27 Mar 2018)
Other information
CHAMPION SHEEP FARM
His family runs a Merino sheep stud farm at Glenara station near Melbourne, VIC, Australia. His grandfather is a former president of the Australian Superfine Wool Growers Association, while his father Steve has been showing sheep for more than 30 years. The family's station has won numerous awards since the 1980s at Australia's largest sheep, wool and agricultural shows. (stockandland.com.au, 05 Aug 2019; researchgate.net, 2008)