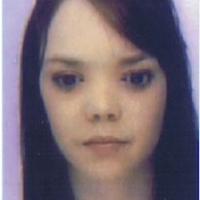 When and where did you begin this sport?
She began skiing at age eight during a family holiday.
Why this sport?
She had developed a talent for skiing and did not want to let her loss of sight get in the way of her love for the sport, so she continued with a guide.

She was Great Britain's flag bearer at the closing ceremony of the 2014 Paralympic Winter Games in Sochi. (paralympic.org, 16 Mar 2014)

She carried the Olympic torch through Lincoln as part of the torch relay for the 2012 Olympic Games in London. (stamfordmercury.co.uk, 01 Sept 2012)
Impairment
She was born with Axenfield's Syndrome, a visual impairment which causes fluid blockages in the eye and can lead to total blindness. She had six eye operations before she was age 12 and began to lose her sight at age 17. She has less than 4% vision in each eye and describes what she can see as "very blurry with little focus". Her mother Amber, who is blind, was born with Axenfield's Syndrome and the condition was passed on genetically to her four daughters Jade, Paris, Charity, and Bronte. All are affected by the condition in some form. (spaldingtoday.co.uk, 19 Sep 2012; stamfordmercury.co.uk, 01 Sep 2012; telegraph.co.uk, 16 Nov 2003)
Other information
RETIREMENT
On 06 November 2014 she and her guide Caroline Powell announced their retirement from competitive para-alpine skiing. "Caroline and I now wish to follow different paths which we feel will be more fulfilling for us in the long term: Caroline with her instructing in Switzerland, while I would like to complete my qualification as a teacher and increase my motivational speaking." (paralympic.org, 06 Nov 2014)

NATIONAL FIRSTS
She became the first female British athlete to win a Paralympic medal on snow when she finished second in the downhill event at the 2014 Games in Sochi. She also became the most decorated British female winter Paralympic athlete when she won her fourth medal of the Games in super-G. (espn.co.uk, 14 Mar 2014; bbc.co.uk, 08 Mar 2014)

CAREER ON HOLD FOR PARALYMPIC DREAMS
She interrupted her studies to focus on competing in para-skiing at the highest level. "I have put my education on hold to compete full-time. I am desperately trying to get funds to help. It was a really tough decision. The amount I have had to give up is huge. I will have to leave behind my education, my career, and seeing my friends and family." (stamfordmercury.co.uk, 01 Sep 2012)

SEARCH FOR A GUIDE
In November 2012 she appealed for a guide on her Facebook page. Two athletes came forward but both backed out after receiving other offers, leaving her without a guide for the start of the 2013 season. "It's really frustrating because I know I can win races." She eventually teamed up with guide Caroline Powell at the beginning of 2013. (snowbizz.co.uk, 08 Nov 2013; skipad.co.uk, 25 Jan 2013)