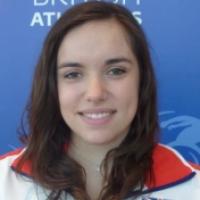 Nicknames
JJ (Athlete, 06 Dec 2010)
Memorable sporting achievement
Competing in both Para athletics and Para triathlon at the 2018 Commonwealth Games in Gold Coast, QLD, Australia. (tri247.com, 08 Dec 2020)
Most influential person in career
British wheelchair racer Tanni Grey-Thompson. (Athlete, 06 Dec 2010)
Hero / Idol
British wheelchair racer Tanni Grey-Thompson, Canadian wheelchair racer Chantal Petitclerc. (paralympics.org.uk, 10 Jul 2012)
Injuries
An injury prevented her from competing at the 2015 World Championships in Doha, Qatar. (bbc.co.uk, 20 Oct 2015)
Sporting philosophy / motto
"When I'm racing, it's a real adrenaline rush at the beginning. Then it's all about using strength and technique." (gazettelive.co.uk, 06 Feb 2010)
Other sports
She won a gold medal representing England in Para triathlon at the 2018 Commonwealth Games in Gold Coast, QLD, Australia. (SportsDeskOnline, 10 Aug 2020; Twitter profile, 30 Jul 2020)
Milestones
In September 2010 at age 14, she became the youngest athlete at the time to compete in the Tyne Tunnel 2km Road Race in Newcastle, England. (bbc.co.uk, 23 Sep 2010)
Famous relatives
Her husband Callum Hall has competed internationally in wheelchair racing, and represented England at the 2018 Commonwealth Games in Gold Coast, QLD, Australia. (SportsDeskOnline, 10 Aug 2020; Facebook profile, 03 Dec 2019)
Impairment
She has focal femur deficiency, which meant she was born without the top half of her right leg. Her foot was amputated in 2006. (Athlete, 06 Dec 2010; gazettelive.co.uk, 06 Feb 2010)
Other information
BREAK FROM SPORT
In 2020 she announced that she was taking time away from competitive sport. She had begun to focus on Para triathlon for the previous few years. "Looking back, the decision to move [to Para triathlon] is one I'm so pleased I made because it's been so rewarding. I've got to say a huge thank you to Ian Thompson, my coach, who's brought me on so much and been incredibly supportive ever since I told him I wanted to change sport. I'm taking a break from sport for now so I can focus on my health and will use the time to explore other areas of my career as well as other interests I have outside of sport." (tri247.com, 08 Dec 2020)

MULTI-SPORT ATHLETE
After she began to combine Para triathlon and Para athletics, she said the two sports complemented each other. "The endurance events, such as a marathon in the race chair, really cross over with my triathlon training in terms of fitness." (paralympic.org, 11 May 2017)