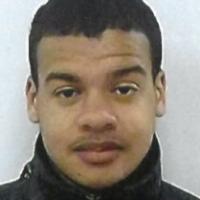 When and where did you begin this sport?
He has been running since he was a child in Jamaica.
Why this sport?
"My mum saw that I loved to run everywhere, at school, even along the beaches of Jamaica, and as another form of physiotherapy, I joined a running club."
Club / Team
Eastbourne Rovers AC: England

Hobbies
Listening to music, watching films, spending time with friends and family, cooking. (sportsaid.org.uk, 01 Oct 2017)
Memorable sporting achievement
Competing at the 2018 Grand Prix meet in Paris, France. "My proudest moment is when I got to race in Paris. I enjoyed competing there and having the experience of racing abroad and meeting other athletes from all over the world." (cpsport.org, 01 Aug 2018)
Hero / Idol
Jamaican sprinter Usain Bolt, British runner Mo Farah. (sportsaid.org.uk, 01 Oct 2017)
Ambitions
To compete at more major international events, and to become a coach. (sportsaid.org.uk, 01 Oct 2017; arsenal.com, 01 Jun 2017)
Impairment
At age three weeks his family was involved in a car accident, which resulted in a brain injury. He has an intellectual impairment and a visual impairment in both eyes. (eastbourneherald.co.uk, 28 Sep 2016)
Other information
MEETING HIS HERO
In 2009 he met Usain Bolt at a charity event. "Mum remembers how fast and how much I loved to run along the beaches in Jamaica, which was where my family and I met Usain Bolt at a charity event run by fellow sprinter Asafa Powell. That was in Kingston in 2009, just after Bolt won his first Olympic gold medal. It was a massive inspiration." (arsenal.com, 01 Jun 2017)