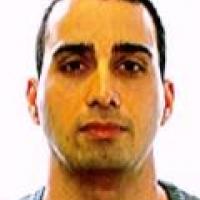 When and where did you begin this sport?
He began swimming at age eight.
Club / Team
CN Alcobendas: Spain

Awards and honours
He was named honorary member of the Alcobendas Sporting Foundation in 2014. (mundodeportivo.com, 04 Jun 2014)
Other sports
He has competed in para-triathlon for club Claveria Mostoles in Madrid, Spain. (mostoles.es, 27 May 2014)
Impairment
He was involved in a motorbike accident at age 28, and lost mobility in his right arm. (natacionalcobendas.org, 29 Aug 2012)