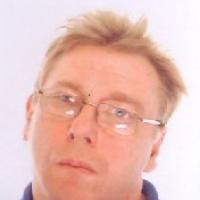 When and where did you begin this sport?
He began to take swimming seriously after leaving school.
Why this sport?
He grew up watching Scottish swimmer David Wilkie winning medals and always wanted to do the same.
Club / Team
Stirling Swim: Scotland
Name of coach
Kerry Wood

He was named BBC Scotland Sports Personality of the Year in 2004. (NPC Media Guide 2010)
Other information
RETIREMENT
He announced his retirement from competitive swimming after taking part in the 2012 Paralympic Games in London, having competed at six Paralympic Games. (swimming.org, 16 Oct 2012)

MULTI-TALENTED
He has won championships in British disco dancing and boccia and he is a published short story writer. (paralympics.org.uk, 19 Jul 2010)