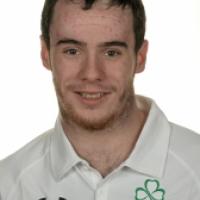 When and where did you begin this sport?
He took up the sport in 2006 at the National Aquatic Centre in Dublin, Ireland.
Why this sport?
His father encouraged him to take up swimming.

In 2011 he was named Swim Ireland's Swimmer with an Impairment of the Year. (fina.org, 30 Apr 2011)
Impairment
He was born with dysmelia, and has shortened femurs in both legs as a result. He is also missing multiple fingers and part of his right arm. (Athlete, 23 Jul 2010, 14 Aug 2018)
Other information
RETIREMENT
In February 2019 he announced his retirement from competitive sport. "I feel proud of what I achieved competing for Ireland. It was fitting that my career came to an end in the NAC [National Aquatic Centre in Dublin, Ireland], which was were it all started for me 12 years ago." (rte.ie, 12 Feb 2019)