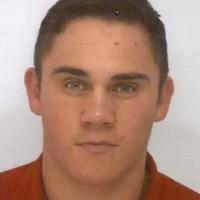 When and where did you begin this sport?
He began competing in 2010 at the Wheelpower National Junior Games.
Why this sport?
He attended an assessment day organised by Humber Sports in England and was identified as an athlete with potential.
Club / Team
Cleethorpes Athletic Club [ENG] / Weir Archer Academy [ENG]:
Name of coach
Jenny Archer [Weir Archer Academy], GBR
Training Regime
He trains six days a week.

In 2011 he won the Gary Hayton Memorial Trophy for outstanding junior sporting achievement. (sporthumber.wordpress.com, 04 Aug 2011)
Other sports
He has played wheelchair basketball for the Jaguars club in Newark, England. (Facebook page, 23 Apr 2017)
Ambitions
To compete at the 2020 Paralympic Games in Tokyo. (sportsaid.org.uk, 05 Aug 2015)
Impairment
He was diagnosed with cerebral palsy at age one. (marketrasenmail.co.uk, 08 Aug 2011)