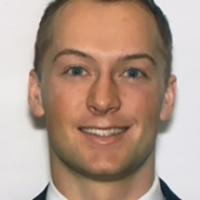 When and where did you begin this sport?
His parents put him on skis for the first time at age three in Michigan, United States of America. "I played able-bodied sports for most of my life. I was introduced to Paralympic sport in 2011."
Why this sport?
"A friend convinced me to enter the Michigan Adaptive Sports State Championship ski race. After winning back-to-back titles at the state championship, I was introduced to Erik Petersen of the National Sports Center for the Disabled. Petersen brought me to my first race camp in Breckenridge, Colorado, [United States of America] and from there, I was hooked on international competition."

He was named Adaptive Athlete of the Year at the 2016 Colorado Ski and Snowboard Hall of Fame Annual Recognition Awards in the United States of America. (aspentimes.com, 09 Oct 2016)

He was named Male Athlete of the Month for January 2016 by the United States Olympic Committee [USOC]. (LinkedIn profile, Aug 2016)

He was named the 2013 Freshman of the Year by the University of Denver. (LinkedIn profile, Aug 2016)
Impairment
At age six months his right leg was amputated below the knee because of fibular hemimelia [growth deficiency of the fibula]. (IPC, 10 Feb 2018; teamusa.org, Mar 2014; dailycamera.com, 14 Feb 2013)
Other information
RETIREMENT
He indicated that 2018 would be his last year as a ski racer before he takes up a position as a securities analyst for an investment banking and financial services corporation in New York, NY, United States of America. "Although it is bittersweet to be competing in my final season, I am very excited for all the opportunities ahead of me in life." (IPC, 10 Feb 2018; Linkedin profile, 01 Jun 2018)