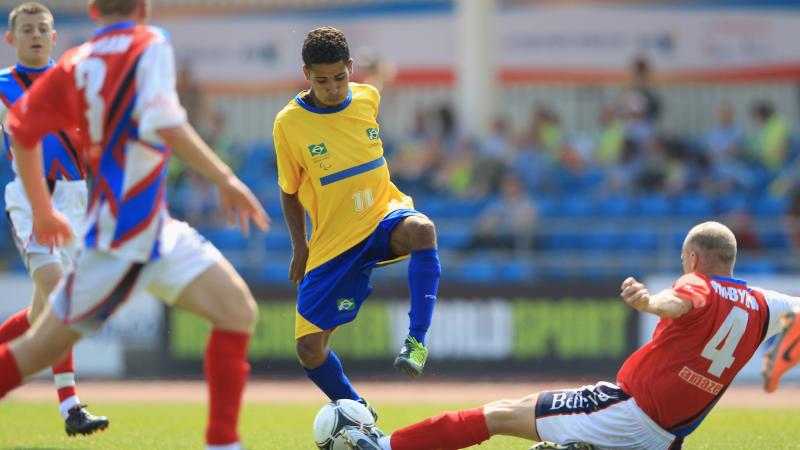 Jan Francisco Brito da Costa is arguably the best football 7-a-side player in the world and will be hoping to make a big impact on home soil at the Rio 2016 Paralympic Games.

Originally spotted by an athlete from the Brazilian Institute of People with Physical Impairment who invited him to a try-out when he was 22, da Costa has terrorised defences on the international scene ever since, scoring wonder goal after wonder goal.

He helped Brazil to a second place finish at the 2013 Intercontinental Cup and scored three goals as his country won bronze at the 2015 World Championships. Those who witnessed his performances throughout the tournament in Great Britain were in awe of his skills as he produced his own goal-of-the-tournament competition. Six weeks later, he led Brazil to gold at the Toronto 2015 Parapan American Games.

Should he score a wonder goal to win Brazil the Paralympic title in Rio, then he may well go into the history books along other Brazilian footballing greats such as Pele, Romario and Neymar Jr.