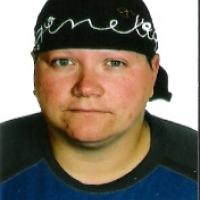 Nicknames
Busina (jana-fesslova.cz, 18 Nov 2010)
Hobbies
Travelling, athletics, handball, floorball, swimming. (jana-fesslova.cz, 18 Nov 2010)
Other information
DISRUPTED PREPARATION
She was diagnosed with lung cancer in 2007 and the illness disrupted her preparation for the 2008 Paralympic Games in Beijing. Shortly before the Games she went against doctor's orders and stopped her chemotherapy in order to prepare, eventually winning a bronze medal in the F54-56 discus. (sport.cz, 20 Oct 2009)

ADVENTURER
She was the first wheelchair user to reach the Khardung La pass in the Himalayas. (radio.cz, 20 Aug 2009; jana-fesslova.cz, 16 Oct 2009)

DENIED GOLD
At the 2004 Paralympic Games in Athens she had to return the gold medal she won in the F54/55 shot put after a protest from another team saw her impairment classification changed from F54 to F55. Her throw of 6.86m, which would not only have given her gold but also a Paralympic record as an F54 athlete, was only good enough for 11th place with an F55 classification. (radio.cz, 20 Sep 2004; paralympic.org, 16 Oct 2009)