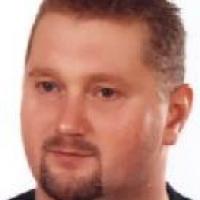 When and where did you begin this sport?
He took up Para athletics in 2002 in Cieszyn, Poland.
Why this sport?
He began Para swimming in 2000 but realised he would never be successful at international level. He then tried powerlifting but after winning a number of amateur competitions in shot put, a friend convinced him that he was good enough to take up the sport professionally. "I decided to do sport, because I have always loved competition. Sport gives people like me a chance to leave the house and integrate with other people. Today it's my passion and my way of life."
Club / Team
IKS Cieszyn: Poland
Name of coach
Zbigniew Gryzbon [club], POL

In 2013 he received the Silver Cross of Merit. (cieszyn.naszemiasto.pl. 16 Feb 2013)
Other sports
Before taking up Para athletics, he competed in Para swimming and powerlifting at national level in Poland. (januszrokicki.pl, 2016)
Ambitions
To win a gold medal at the Paralympic Games. (katowice.tvp.pl, 23 Jan 2018)
Impairment
At age 18 he was assaulted and robbed at a train station and then left on the tracks. He was hit by a train, which resulted in the amputation of both his legs. (tvn24.pl, 06 Sep 2012)
Other information
CLUB FOUNDER
In 2017 he founded IKS Cieszyn, a sports club for people with an impairment in Poland. He has also served as president of the club and been involved in coaching. "I want to encourage people with an impairment into sport. Maybe there will be athletes in my club who will achieve more than me. I remember how proud and happy I was when my club members earned their first medals." (tvp.pl, 08 Nov 2019; magazynsportowiec.pl, 18 Sep 2018; katowice.tvp.pl, 23 Jan 2018)

RIO MEDAL
He injured his shoulder 10 days before his event was due to start at the 2016 Paralympic Games in Rio de Janeiro after falling on his bathroom floor at the Paralympic Village. He was able to compete and went on to take a silver medal at the Games. "Before I arrived in Rio, my goal was to win gold. But after my accident I prayed that I would be able to compete. I could only do one training session and nothing relieved the pain, but a talk with my sons motivated me. Later, I found a chocolate in my suitcase that one of my sons had hidden there before my departure. It said, 'I believe you can do it'. A small thing, but it gave me strength. It is a miracle that I won the silver medal." (michalpol.blog.pl, 18 Sep 2016)

MISSION
He is actively involved in promoting Para sport among people with an impairment. "When I meet someone with an impairment on the street, I immediately start talking to them and encourage them to start training. I explain that it's a shame to waste life at home. For me, it is the biggest satisfaction to see them go on to win something." (tvp.pl, 08 Nov 2019; michalpol.blog.pl, 18 Sep 2016)