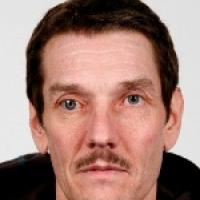 Nicknames
Jamppa (Facebook team page, 20 Aug 2016)
Injuries
In late 2015 he tore ligaments in his left shoulder after he fell of his bike while training, in order to avoid hitting a group of reindeer that were standing on the road. (pyoraily.fi, 2015)

Complications involving the rhythm of his heartbeat [arrhythmia] forced him to withdraw from the 2009 World Championships in Bogogno, Italy. (pyhajokiseutu.fr, 15 Aug 2009)
Awards and honours
He was named 2012 Athlete of the Year Pyhajarvi, Finland. (pyhajarvensanomat.fi, 28 Jan 2017)
Other sports
He competed in cross-country skiing and biathlon at the Paralympic Winter Games in 2006 and 2010. (paralympic.org, 2016)