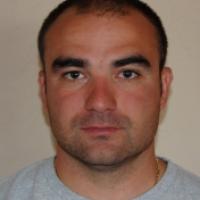 When and where did you begin this sport?
He began Para alpine skiing in December 2000 in Breckenridge, CO, United States of America.
Why this sport?
He tried wheelchair tennis, wheelchair basketball, and water skiing before taking up alpine skiing. "Alpine skiing is the only wheelchair sport where you are completely free from the wheelchair. We are equal to able-bodied people and in some cases faster. It's a total feeling of freedom."

Hobbies
Spending time with his family, fishing, hiking, camping, playing basketball, tennis, kayaking. (teamusa.org, 31 Mar 2018)
Hero / Idol
Italian alpine skier Alberto Tomba. (IPC, 10 Feb 2018)
Sporting philosophy / motto
"Now, or never." (IPC, 10 Feb 2018)
Awards and honours
He was flag bearer for Serbia at the opening ceremony of the 2010 Paralympic Winter Games in Vancouver. (parkrecord.com, 06 Jan 2018)
Other sports
Prior to his accident he played handball for the US national team. (teamusa.org, 31 Mar 2018)
Milestones
He became the first athlete to represent Serbia at a Paralympic Winter Games when he participated at the 2010 Games in Vancouver. (SportsDeskOnline, 25 Nov 2021; nscd.org, 31 Oct 2013)
Famous relatives
His father was an alpine skiing coach at the 1984 Olympic Winter Games in Sarajevo. (parkrecord.com, 06 Jan 2018)
Ambitions
To win a medal at the 2022 Paralympic Winter Games in Beijing. (thedenverchannel.com, 21 Feb 2022)
Impairment
He sustained a spinal cord injury in a car accident in 2000. "I fell asleep at the wheel and hit a guardrail head on. I was severely injured and the doctors said I had a small chance of surviving." (teamusa.org, 31 Mar 2018; teambambur.com, 2014; highfivesfoundation.org, 11 Oct 2012)
Other information
FROM EUROPE TO THE USA
He is of Bosnian and Serbian heritage. He moved to the United States of America to escape the conflict in the former Yugoslavia in the 1990s, and was later joined in the country by his parents and brother. He initially represented Serbia internationally, but began competing for the US national Para alpine skiing team after gaining US citizenship in 2010. "I'm originally from the war torn country of Bosnia. When I was young, my family moved to Serbia in order to escape the war. I spent my childhood and teenage years training to be a professional handball player with the hopes of going to the Olympics. At age 18, I was drafted by the army and ordered to fight in the war. I knew those orders were a death sentence, being of both Bosnian and Serbian descent my service would be short lived. Therefore, I made a difficult decision to move to the United States and left behind my family, friends, and my dreams of being a professional handball player." (teambambur.com, 2014; teamusa.org, 24 Feb 2013)

SWITCHING NATIONALITY
In 2010 he became the first athlete from any sport to represent Serbia at the Paralympic Winter Games. Later in the year he was granted US citizenship, and he was selected for the US national Para alpine skiing team for the first time in 2012. (teamusa.org, 31 Mar 2018)

FURTHER EDUCATION
He studied international business at the University of North Carolina at Charlotte in the United States of America. (teamusa.org, 2014)