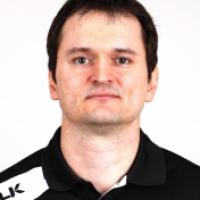 When and where did you begin this sport?
He began shooting in 2012 at the Parafed Waikato Shooting Club in New Zealand.
Why this sport?
After emigrating to New Zealand, and after first considering para-cycling, the change in environment encouraged him to take up the sport. "The organisations and the framework and things like that that assist impaired people, aren't really well-established in South Africa, whereas here I noticed that they are. At first they offered shooting as an alternative, and I was sold."
Club / Team
Hamilton Pistol Club: New Zealand
Name of coach
Dave Sheely [club, national]; Rene Eales [club, father]

Memorable sporting achievement
Winning a bronze medal at the 2015 World Cup event in Sydney, NSW, Australia. (Athlete, 13 Sep 2016)
Most influential person in career
His father. (Athlete, 13 Sep 2016)
Sporting philosophy / motto
"The most important thing in your life right now is your next shot. Be prepared." (stuff.co.nz, 30 Oct 2015)
Ambitions
To become the best ranked shooter in the world in his class. (fitnessjournal.co.nz, 04 Feb 2016)
Impairment
At age 14, in his native South Africa, he was involved in a cycling accident, which resulted in quadriplegia. He regained some movement in his limbs and was discharged from hospital five months after the accident. He shoots with the aid of a table and chair and is assisted by his father Rene. (jasoneales.com, 29 Mar 2015; stuff.co.nz, 30 Oct 2015)
Other information
FROM SOUTH AFRICA TO NEW ZEALAND
In 2010 he moved to New Zealand from South Africa on the advice of his parents who had emigrated there after enjoying a holiday trip to the country. (stuff.co.nz, 30 Oct 2015)