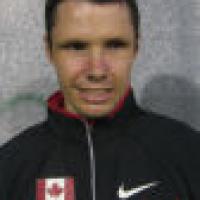 He and his guide Greg Dailey were hit by a car while training in 2005. Dunkerley sustained a broken leg and a fractured skull. After months of surgery and rehabilitation, both athletes were able to resume training. (jasondunkerley.wordpress.com, 02 Feb 2011)
Sporting philosophy / motto
"There’s no getting around the fact that success is based on winning, but it goes back to knowing that you as an individual have given it your all." (blindsports.on.ca, 21 Jul 2015)
Awards and honours
He received the 2018 Athletes in Excellence Award from the Foundation for Global Sports Development. (globalsportsdevelopment.org, 13 Dec 2018)

He received the 2018 Richard Hunter CIM to Boston Running in Excellence award from The Massachusetts Association for the Blind and Visually Impaired. (prweb.com, 10 Apr 2018)

He carried the Paralympic torch through Whistler, BC, Canada, as part of the relay ahead of the 2010 Paralympic Winter Games in Vancouver. (athletics.ca, 03 Mar 2010)

He was named the 2004 Male Athlete of the Year for Ottawa and won the 2004 Sam Estwick Award from the Ottawa Lions Track and Field Club. (athletics.ca, 18 Jun 2007)
Famous relatives
His younger brother Jonathan has represented Canada in Para athletics. He finished seventh in the T11 400m at the 2008 Paralympic Games in Beijing. (SportsDeskOnline, 22 Sep 2015; paralympic.ca, 11 Nov 2010)
Ambitions
To compete at the 2020 Paralympic Games in Tokyo. (globalsportsdevelopment.org, 09 Jul 2019)
Impairment
He and his brothers all grew up with Leber's congenital amaurosis [LCA], a rare vision impairment. (jasondunkerley.wordpress.com, 02 Feb 2011)
Other information
OCCUPATION
He works for the Canadian federal government as a junior analyst with Innovation, Science and Economic Development Canada. (uottawa.ca, 08 Jun 2020)

FURTHER EDUCATION
He completed a master's degree in world literatures and cultures at the University of Ottawa in Ontario Canada. (uottawa.ca, 08 Jun 2020)

OTHER ACTIVITIES
In July 2017 he was named as a member of the International Paralympic Committee's [IPC] athletes' advisory group for Para athletics. He helped create Achilles Ottawa, a support community for runners with a vision impairment, and has served on the board of directors for the Ontario Blind Sports Association. (paralympic.org, 28 Jul 2017; globalsportsdevelopment.org, 09 Jul 2019)

FROM NORTHERN IRELAND TO CANADA
Born in Northern Ireland, his family moved to Hamilton, ON, Canada, when he was age 13 after his mother remarried. (athletescan.com, 24 Feb 2010)