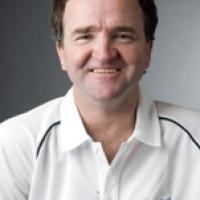 When and where did you begin this sport?
He began competing in 2004.
Why this sport?
Following his accident, he found being involved with a shooting club gave him a purpose. "I began enjoying competitions and loved the thrill of success."
Name of coach
Miro Sipek [national]

Most influential person in career
His mother. (paralympic.org.au, 2012)
Awards and honours
He was named the 2014 Para-Shooter of the Year by Shooting Australia. (paralympic.org.au, 23 Feb 2015)
Impairment
He has quadriplegia after he was involved in a car accident in 1989. (paralympic.org.au, 13 Oct 2010)
Other information
ADAPTING
He found it difficult to become accustomed to using a wheelchair following his accident. "My arm muscles didn't work and I was confronted by everything else that came from being a quadriplegic. I went on to do a lot of strength training to gain use of my arms again, and also had an operation done on my thumb to improve my pinch-grip." (paralympic.org, 18 Dec 2013)