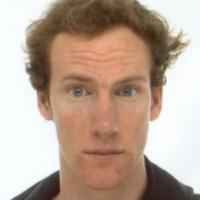 When and where did you begin this sport?
He first tried the sport at age three while on holiday with his family in Zinal, Switzerland.
Why this sport?
"My family was very into skiing and every year we went on a ski holiday."

In November 2015 he suffered a back injury while competing at an international event in Landgraaf, Netherlands. (paralympic.be, 24 Nov 2015)

In 2012 he underwent hip surgery, which took him one year to recover from. (Athlete, 23 Jun 2016)
Sporting philosophy / motto
"Chase your dreams and believe you can even if others don't." (Athlete, 23 Jun 2016)
Awards and honours
He was flag bearer for Belgium at the closing ceremony of the 2018 Paralympic Winter Games in Pyeongchang. (paralympic.org, 18 Mar 2018)
Famous relatives
His older brother Lander represented Belgium in sailing [laser] at the world championships in 2011 and 2014. (Athlete, 23 Jun 2016; SportsDeskOnline, 18 Sep 2014)
Impairment
He has paralysis on the right side of his body as the result of a brain haemorrhage. (Athlete, 23 Jun 2016)