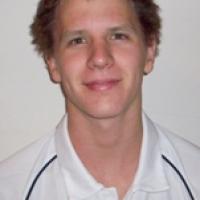 When and where did you begin this sport?
He went to Melbourne on holiday following his amputations and there was a pool at the hotel he was staying at. It was there where he developed his love for swimming. Upon his return to Adelaide he immediately signed up for a swimming programme.
Club / Team
Lefevre Portside SA : Australia

He won the 2007 Athlete of the Year award in South Australian Wheelchair Sports. (paralympic.org.au, 18 Dec 2009)

He was awarded the 2004 Lions Club Children's Courage Award. (paralympic.org.au, 18 Dec 2009)
Ambitions
To swim the English channel, to become a motivational speaker, and write a book about his experiences. (Novita News, Dec 2008)
Impairment
He had both legs amputated below the knee as a result of contracting meningococcal disease at age 13. He is also missing four fingers on his right hand. (saaga.org.au, 18 Dec 2009)