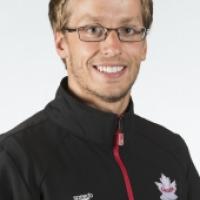 Nicknames
JM (paralympic.ca, 23 Mar 2015)
Hobbies
Spending time with friends. (swimming.ca, Sep 2016)
Superstitions / Rituals / Beliefs
He always wipes his starting block at least three times before a race. (swimming.ca, Sep 2016)
Awards and honours
He was Canada's flag bearer during the opening ceremony of the 2010 World Championships in Eindhoven, Netherlands. (swimming.ca, Sep 2016)
Impairment
He has cerebral palsy which affects the left side of his body. (globalnews.ca, 12 Aug 2015; natation.ca 19 Jul 2010)
Other information
RETIREMENT
In 2018 he announced his retirement from the sport, after competing at the 2018 Commonwealth Games in Gold Coast, QLD, Australia. "I ticked several boxes of my goals, including taking part in major multi-sport events. Whether it was at the Rio Paralympics in which I had the chance to compete in the last event of the Games in front of 15,000 fans, the Parapan Am Games in front of a hometown crowd in Toronto or the Commonwealth Games. Practising my sport allowed me to better know my body, to master it, and to enjoy all that life brought me." After retiring from sport he planned to complete his university studies in kinesiology and start a professional career in the sports industry. (paralympic.ca, 14 Sep 2018)

OTHER EDUCATION
He studied at University of Montreal, QC, Canada. (sportsquebec.com, 28 Oct 2015)