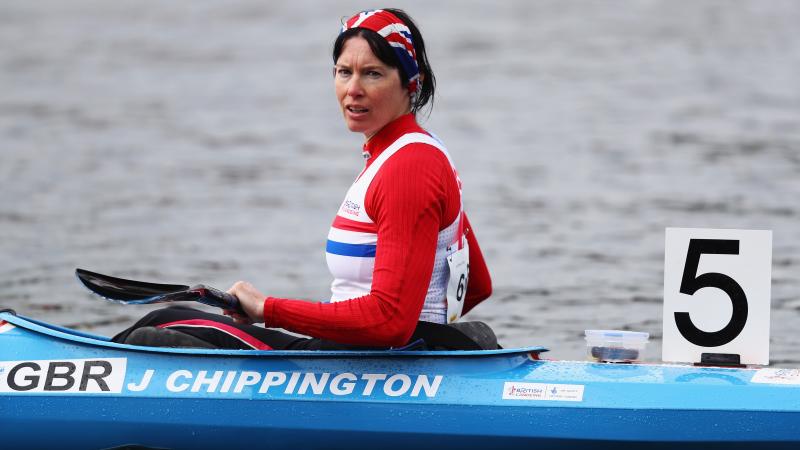 Following her retirement from the pool, her passion for water sports remained and she was quickly back on the water with a kayak.

In 2017, she achieved the Para canoe “Grand Slam” holding the Paralympic, European and Worlds titles within the calendar year in the women’s KL1 event.

“I retired from competitive swimming and was looking for another sport to take up for a hobby,” she said. “I was introduced to kayaking [Para canoe] by a friend and fell in love with it immediately. It was only ever meant to be a hobby but after 20 years of competition and training it must have still been in my blood.”

After the IPC announced that only kayak events would be included in the Paralympic programme in Rio 2016, she decided to just focus on the KL1.

This proved to be the right decision as Chippington sealed canoe’s first Paralympic gold, just ahead of Germany’s Edina Mueller.