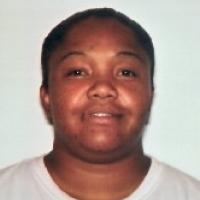 When and where did you begin this sport?
She participated in her first throwing events at a United States Olympic Committee [USOC] Paralympic Military Sports Camp in Rhode Island in 2009.
Why this sport?
Athletics gave her a focus after she left the army in 2010. "Sport was the biggest part of my rehab after my injury."

Awards and honours
She was named Rookie of the Year in the 2010 Southern Conference Wheelchair Basketball league, playing for the Augusta Bulldogs. (usparalympics.org, 04 Jan 2011)
Other sports
She has played wheelchair basketball for the Augusta Bulldogs. (usparalympics.org, 04 Jan 2011)
Impairment
Serving in the US Army in 2008, she was injured by an improvised explosive device [IED] attack. Her legs are partially paralysed and she retired from the army in April 2010. "I want to show other injured veterans and children in my community that they can be anything in life no matter what happens." (fortgordonsignal.com, 24 September 2010; teamusa.org, 04 Jan 2011)