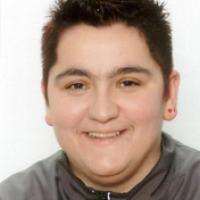 When and where did you begin this sport?
She took up the sport in 1993 in Pula, Croatia.
Why this sport?
She always liked sport and first tried basketball and tennis, before taking up athletics after trying the discus throw.
Club / Team
AK Spektar: Pula, CRO
Name of coach
Katja Luketic [club], CRO, from 2004

FROM STANDING TO SEATED
She previously competed in standing events, but a work accident in September 2013 forced her to use a wheelchair. She took a break from the sport to rehabilitate the injury, and began competing in seated events upon her return to competition in 2016. (drugo-lice-invalidnosti.org, 12 May 2014; tvistra.hr, 29 Mar 2017)

HOSPITAL STAY
She spent 13 months in hospital in Kurgan, Russian Federation, after the hospital was closed due to the nuclear accident in Chernobyl, Ukraine. She first entered the hospital in 1986 to undergo an operation, but went on to suffer bed sores and develop sepsis during her time at the hospital. "After the operation everything went unplanned. Chernobyl exploded, they closed the hospital, my mother was beside me the whole time. In a month I lost 30lbs, got a huge bed sore and sepsis, I was on the verge. By returning home to a hospital in Rovinj [Croatia], I saved my life." (TEDx Talks YouTube channel, 24 Nov 2015; drugo-lice-invalidnosti.org, 12 May 2014)