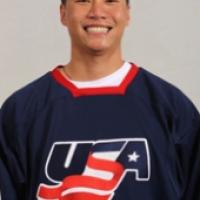 When and where did you begin this sport?
He took up the sport in 2009 at the Brooke Army Medical Center in San Antonio, TX, United States of America.
Why this sport?
He was introduced to the sport by Operation Comfort, an organisation dedicated to assisting injured US service personnel. He was drawn to Para ice hockey as he had competed in inline skating during high school.
Club / Team
San Antonio Rampage: United States
Name of coach
David Hoff [national], USA
Preferred position / style / stance / technique
Goaltender

Hobbies
CrossFit, hiking, cycling, watching movies, wheelchair basketball. (teamusa.org, 07 Mar 2018)
Memorable sporting achievement
Winning gold at the 2014 Paralympic Winter Games in Sochi. (Athlete, 29 Mar 2018)
Most influential person in career
His family, and his partner. (Athlete, 29 Mar 2018)
Hero / Idol
US basketball player Michael Jordan. (Athlete, 29 Mar 2018)
Sporting philosophy / motto
"In the end it is up to you." (Instagram profile, 01 Jan 2019)
Other sports
Prior to his accident he played basketball for Chaminade University of Honolulu in Hawaii, United States of America. (usahockey.com, 03 Apr 2012)
Ambitions
To compete at the 2022 Paralympic Winter Games in Beijing. (teamusa.org, 04 Mar 2021)
Impairment
In March 2009 his left leg was amputated above the knee after he was injured in a motorcycle accident in Nassau County, FL, United States of America. (Athlete, 06 Mar 2014)
Other information
MOTIVATION
He took a two-year break from the sport after the 2014 Paralympic Winter Games in Sochi, due to his mother passing away. "I took two years off right after the Paralympic Games to clear my head, finished my undergraduate studies and tried to reset myself mentally. I knew it wasn't going to be easy to get back into the sport, as sled hockey has become extremely competitive over the last few years, with younger talents on the rise. But my mother gave me the motivation to keep going regardless how hard it may seem. She's the main reason I was able to beat the odds and made the 2018 Paralympic team." (news.utexas.edu, 26 Feb 2018)

MILITARY SERVICE
Following the 11 September 2001 terrorist attacks in the United States of America, he was inspired to join the army. He served as a sergeant until January 2015. He believes his military service has helped him develop his discipline and mental toughness. "The discipline really comes in handy. Every time I want to say that I don't like this sport, or it's too hard, or, 'Who can really skate like this?', I have plenty of reasons to give up, but the military teaches us, and me especially, not to quit." (teamusa.org, 11 Nov 2013)