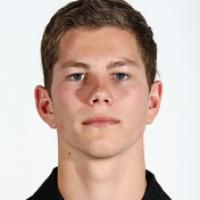 When and where did you begin this sport?
He began swimming at age 11 at Fairfield Swim Club in Hamilton, New Zealand.
Why this sport?
"I like the social aspect of swimming, and the sense of achievement it gives you. I wanted to swim so I could beat my two-legged friends at something."
Club / Team
Fairfield Swimming Club : Hamilton, NZL
Name of coach
Simon Mayne [national], NZL
Training Regime
He does three gym sessions, eight to 10 sessions of swimming and a session with a physiotherapist each week, all while working around his day job as a mechanic.

He broke bones in his leg twice in 2016. On the first occasion he fractured the fibula on the stump of his right leg a week before the New Zealand Paralympic selection trials. He returned to the pool just three days later with a waterproof cast and, although he did not reach the qualification mark, the selectors took his circumstances into account and picked him for the 2016 Paralympic Games in Rio de Janeiro. Having returned to full training, he attended a pre-Games camp in Orlando, FL, United States of America, where he slipped during a rainstorm and broke his leg again. Although he initially thought he would be unable to compete in Rio de Janeiro, he had consultations with three surgeons who agreed that swimming was unlikely to make the injury any worse because the bone had not been displaced in the fall. He spent a week out the of the water, returning to the pool just one day before his first event at the Games - the S9 400m freestyle. He also went on to compete in the S9 100m backstroke and the S9 100m freestyle in Rio de Janeiro. (hpsnz.org.nz, 03 Apr 2018)
Sporting philosophy / motto
"Life's not about how hard you can hit, it's about how hard you can get hit and keep moving forward." (paralympics.org.nz, 01 May 2018)
Awards and honours
He was named the Emerging Swimmer of the Year at the 2015 Swimming Waikato Annual Awards in New Zealand. (fairfieldswimclub.co.nz, 2015)

He was named the 2012 Waikato Secondary School Sports Para Sportsman of the Year. (waikatosunrise.org.nz, 21 Jan 2013)
Ambitions
To win a medal at the 2020 Paralympic Games in Tokyo. (stuff.co.nz, 29 Nov 2020)
Impairment
He was born without a femur bone in his right leg because of a condition called proximal femoral focal deficiency. "I was always really competitive as a kid and I've always had one leg. Pretty much everything sport and competition-wise involves running and so I'd always get smashed at everything because I couldn't run as fast. I was always average to the bottom. I realised once we were sprinting and swimming in the water, there was really nothing separating me from me and my [able-bodied] friends. A really awesome feeling for me was realising people aren't letting me win at this, people aren't holding back or feeling sorry for me, I'm just actually better than them." (paralympics.org.nz, 09 Dec 2019; stuff.co.nz, 11 Jan 2013)
Other information
FINANCIAL SUPPORT
In 2019 he became a part of the ANZ Olympic Pathways programme for the 2020 Olympic and Paralympic Games in Tokyo. "For me, the training is probably the easiest part of being an athlete but the hard stuff comes outside of the pool. Making sure that you're eating properly every single day, getting enough sleep, getting enough recovery. You've got to fit a lot in to really get the final two, and become the best version of yourself. The biggest thing for me really is the financial help. Every hour that I've got that I'm not directly training, I can use that to recover and get ready for the next session." (paralympics.org.nz, 09 Dec 2019; Facebook page, 07 Dec 2019)