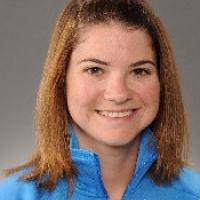 When and where did you begin this sport?
She began the sport at age seven, shortly after her accident.
Why this sport?
She was introduced to para-sport as a means of rehabilitation following her accident. She enjoyed it, had some success and started competing seriously.
Club / Team
University of Illinois: United States
Name of coach
Adam Bleakney
Coach from which country?
United States
Coach from what year?
2006

Hobbies
Reading, spending time with friends, shopping. (Athlete, 02 Dec 2010)
Memorable sporting achievement
Winning gold in the 400m with a world record time at the 2008 Paralympic Games in Beijing. (Athlete, 02 Dec 2010; teamusa.org, 13 Mar 2013)
Most influential person in career
Her family and coach Adam Bleakney. (jessicagalli.com, 25 Feb 2010, teamusa.org, 13 Mar 2013)
Superstitions / Rituals / Beliefs
When she is at major competitions she likes to sleep for eight to 10 hours the night before she competes. "I need to be well rested and feel calm when I wake up in the morning." (ipc-athletics, 16 Nov 2010)
Sporting philosophy / motto
"No one is born amazing. It is the opportunities and chances people take that make them great." (teamusa.org, 13 Mar 2013)

"If I do well, it was my hard work that brought me to win and it’s completely for myself. I like going fast and I like taking ownership for my performance whether it’s good or bad." (teamusa.org, 13 Mar 2013)
Awards and honours
She was named the 2007 Paralympian of the Year by the United States Olympic Committee [USOC]. (jessicagalli.com, 25 Feb 2010)

She was named the 2006 Track & Field Athlete of the Year by the United States track & field committee on para-athletics. (jessicagalli.com, 25 Feb 2010)
Famous relatives
Her partner Gavin Cloy has represented the United States at the Paralympic Games in wheelchair basketball. (teamusa.org, 13 Mar 2013)
Ambitions
To make an impact for Paralympic athletes and give them a voice. "I want to make a difference in an athlete's life because there are so many people that have made an impact on me." (teamusa.org, 13 Mar 2013)
Impairment
In 1991, at age seven, she was involved in a car accident in which she suffered a fractured spine that left her paralysed. (jessicagalli.com, 25 Feb 2010)
Other information
PROFESSION
She is a vice president of the Athletes' Advisory Council [AAC], an organisation that facilitates communication between the United States Olympic Committee [USOC] and active athletes. (teamusa.org, 13 Mar 2013)

RELATIONS
She believes sport has given her a means of communication with people who see those with physical impairments differently. "When you have a disability you're looked at a certain way, especially with a physical disability where people can see it. I found that sports have been a way for me to relate to people." (pvamagazines.com, 02 Jul 2010)