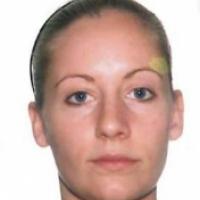 When and where did you begin this sport?
She began powerlifting in 2011.
Name of coach
Harley Gray [husband]

Memorable sporting achievement
Competing at the 2014 Commonwealth Games in Glasgow, Scotland. (ms.org.au, 06 Jun 2015)
Sporting philosophy / motto
"People with multiple sclerosis can still do wonderful things in life and achieve great things even though they have the disease." (YouTube, 17 Oct 2012)
Ambitions
To win a medal at the 2018 Commonwealth Games in Gold Coast, QLD, Australia. (jessicagraypowerlifter.com, 10 Feb 2017)
Impairment
She began experiencing the symptoms of multiple sclerosis at age 16, but the condition remained undiagnosed until she was age 24. She is now paralysed from the waist down. (gofundme.com, 01 Mar 2014; mssociety.org.au, 17 Feb 2014)
Other information
FINANCIAL ISSUES
She says that a lack of funding means she will be unable to compete at the 2017 World Championships in Mexico City, Mexico. "Unfortunately I will not be going to this event at this point in time because we do not have the funds. I've decided to now focus more on saving money for a home for our family instead of putting all of our money into powerlifting. Looking at my options I think that the next Commonwealth Games [in 2018] will probably be my last competition unless I am able to find a more substantial sponsor." (jessicagraypowerlifter.com, 28 Mar 2017, 10 Feb 2017)

OTHER ACTIVITIES
She has served as an ambassador for MS Australia, and as a committee member for the non-profit organisation People with Multiple Sclerosis [PWMS]. (Twitter profile, 18 Apr 2017)