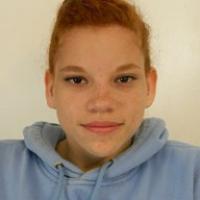 When and where did you begin this sport?
She began playing sport at age five at the Bennett Blazers Club in Baltimore, MD, United States of America.
Why this sport?
She initially learned to swim and, encouraged by her mother, tried other sports including handcycling, wheelchair basketball, triathlon and wheelchair racing.
Club / Team
University of Illinois Wheelchair Racing Team: Champaign, IL, USA
Name of coach
Adam Bleakney [club]

She was named the 2011 Junior National Disabled Athlete of the Year by US magazine Sports 'N Spokes. (isacra.org, 26 May 2013)
Other sports
She won a silver medal in Para swimming at the 2011 Parapan American Games in Guadalajara, Mexico. (huffingtonpost.com, 23 Nov 2011)
Impairment
She was born with caudal regression syndrome which resulted in her spine stopping halfway down her back. At age three she had to have her legs amputated below the knee. (huffingtonpost.com, 23 Nov 2011)
Other information
CHARITY
In 2012 she founded, and became president of, the International Sacral Agenesis/Caudal Regression Association [iSACRA]. "I figured there were probably other people around the world with the same thing and the same situation. I thought it would be really cool to just reach out and say, 'We're here, it's going to be okay, it's not as awful as people might think or say it is.'" (mirror.co.uk, 20 Sep 2015; Twitter profile, 13 Mar 2016)

FROM BRAZIL TO THE UNITED STATES
Born in Sao Carlos, Brazil, she moved to the United States of America after being adopted at 14 months old. Her adopted mother Phyllis is a sign language interpreter who has also adopted children with impairments from Colombia, Chile, the Russian Federation and the People's Republic of China. (mirror.co.uk, 20 Sep 2015)