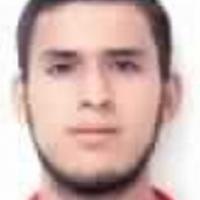 When and where did you begin this sport?
He took up athletics at age four in Mazatlan, Mexico.
Why this sport?
He originally practised karate, but a blow to the head led to his eye condition being discovered. He changed to athletics because was used to running in order to warm up for karate.
Club / Team
Parraboys [MEX] / Sinaloa State [MEX]: Sinaloa, MEX
Name of coach
Francisco Javier Perez Parra [personal], MEX, from 2013

Memorable sporting achievement
Winning three medals at the 2015 Parapan American Games in Toronto, ON, Canada. (mazatlan.gob.mx, 20 Aug 2015)
Most influential person in career
His grandmother and family. (Athlete, 22 Oct 2015)
Hero / Idol
US sprinter Michael Johnson. (Athlete, 22 Oct 2015)
Injuries
During the first day of competition at the 2015 International Blind Sports Federation [IBSA] World Games in Seoul, Korea, he suffered a leg injury that limited his participation for the rest of the competition. He recovered in time for the 2015 Parapan American Games in Toronto, ON, Canada. (sinaloaenlinea.com, 12 Aug 2015)
Sporting philosophy / motto
"If it passes through your mind, it passes through your life." (Athlete, 22 Oct 2015)
Awards and honours
In 2015 he received the Sinaloa State's Sports Award. (noticiasmvs.com, 20 Nov 2015)