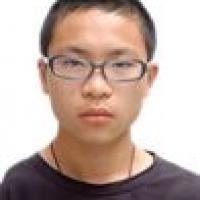 When and where did you begin this sport?
He took up the sport in middle school in Yiwu, People's Republic of China.
Why this sport?
He loved sports as a child. He was then spotted by coaches from the local federation of athletes with an impairment after performing well at the national youth championships.

He missed the 2012 Paralympic Games in London because of a foot injury. (jhnews.com.cn, 14 Jul 2012)
Awards and honours
He has been presented with a First Class Citation by the provincial government of Zhejiang in the People's Republic of China. (nlc.gov.cn, 11 Jan 2012)
Impairment
He was born with cerebral palsy. (cs.zjol.com.cn, 08 Aug 2016; Athlete, 26 Oct 2015)