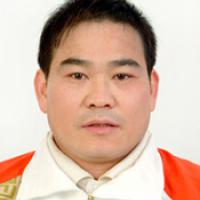 When and where did you begin this sport?
He took up powerlifting in 1993.
Why this sport?
After watching the 1992 Paralympic Games in Barcelona on television, he visited the national federation for athletes with an impairment and told them he wanted to begin competing. He also had a strong upper body and loved the sport.
Club / Team
Anhui Province [CHN] / Longteng Para Sport Club of Dongning [CHN]:
Name of coach
Na Xianfei, CHN

He has received the Anhui Province Labour Medal during his career. (hbnews.net, 04 Jun 2013)
Impairment
The impairment to his legs is a result of the effects of polio. He contracted the illness as a child. (Athlete, 12 Jul 2019)