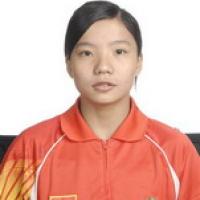 In 2012 she was named Outstanding Athlete by the provincial government of Shaanxi, People's Republic of China, in recognition of her performance at the 2012 Paralympic Games in London. (sxrd.gov.cn, 21 Sep 2012)

She has received the May 4th Youth Medal from the provincial government in Shaanxi, People's Republic of China. (dangjian.people.com.cn, 18 Oct 2012)
Impairment
She was born with cerebral palsy. (sxdaily.com.cn, 21 Jun 2016)
Other information
RETIREMENT
In 2016 she retired from competitive Para swimming. (akxw.cn, 15 May 2017)