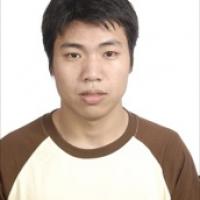 When and where did you begin this sport?
He took up Para swimming in 1999 in Zhejiang Province, People's Republic of China.
Why this sport?
He learnt to swim at secondary school and after he showed talent he began training more seriously.

He has been presented with the May 4th Youth Medal. The award is the highest honour for young people in the People's Republic of China. (zjsports.gov.cn, 31 Aug 2012)
Impairment
He was born with encephalitis [inflammation of the brain], which resulted in cerebral palsy. (jdnews.zjol.com.cn, 25 Nov 2016)