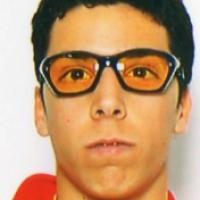 When and where did you begin this sport?
He took up athletics in 2010 in Palma de Mallorca, Spain.
Why this sport?
His eye condition meant he had to give up playing football. He was told athletics would be a good fit for him because he was fast and it would not take him long to adapt to the sport.

Most influential person in career
His mother. (Athlete, 17 Jul 2017)
Injuries
A quadriceps muscle injury meant he was unable to compete for 18 months. He had surgery in May 2018 and returned to training in April 2019. (diariodemallorca.es, 23 Apr 2019)

A hamstring tear meant he was unable to compete at the 2013 World Championships in Lyon, France. (marca.com, 12 Jun 2014)
Sporting philosophy / motto
"Disability is not an obstacle, but a challenge." (Facebook profile, 16 Dec 2019)
Awards and honours
In 2017 the athletics track of Magaluf in Mallorca, Spain, was renamed after him. (micaaltv.jimdo.com, 07 Apr 2017)