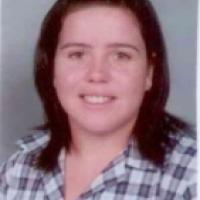 When and where did you begin this sport?
She began sprinting in 2008.
Why this sport?
She was inspired to take up the sport after watching the 2008 Paralympic Games in Beijing.
Club / Team
New South Wales Institute of Sport [NSWIS]: Sydney, NSW, AUS
Name of coach
Nicole Boegman-Stewart

Hobbies
Cooking, watching athletics, swimming, cricket and Australian rules football. (paralympic.org.au, 2016)
Memorable sporting achievement
Winning gold in the T37/38 long jump at the 2014 Commonwealth Games in Glasgow, Scotland. (paralympic.org.au, 2016)
Hero / Idol
Australian para-sprinter Evan O'Hanlon. (paralympic.org.au, 2016)
Awards and honours
She was named 2013 Albury Young Sports Achiever of the Year in New South Wales, Australia. (maitlandmercury.com.au, 23 Jul 2014)
Impairment
She has cerebral palsy which affects the right side of her body. Her right leg is about four centimetres shorter than her left, and her muscles along the affected right side are less developed. (The Border Mail, 20 Apr 2010)
Other information
BREAK
She took a six-month break from the sport after competing at the 2012 Paralympic Games in London. (maitlandmercury.com.au, 23 Jul 2014)

HIGHER EDUCATION
She has a tertiary qualification in personal training and physical fitness. (paralympic.org.au, 2016)