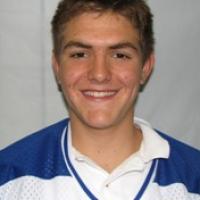 Hobbies
Spending time with friends, watching movies, playing video games. (swimmingworldmagazine.com, 23 Jan 2012)
Memorable sporting achievement
Breaking the US record in the 400m freestyle at the 2008 Paralympic trials, which was his first national record after four years of training. (Facebook profile, 15 Aug 2012)
Hero / Idol
Baseball players Derek Jeter, Rick and Dick Hoyt. (Facebook profile, 15 Aug 2012)
Sporting philosophy / motto
"Never give up. Keep fighting." (swimmingworldmagazine.com, 23 Jan 2012)
Impairment
He has mitochondrial myopathy, which causes his muscles to deteriorate. At the time of diagnosis, he was told that he would not live to see his 15th birthday. He believes that without swimming, it is likely he would have to use a wheelchair and need a ventilator to breathe for him. (Beating the Unbeatable: The Joe Wise Story, 2009)
Other information
RETIREMENT
In December 2013 he announced his retirement from para-swimming after being unable to overcome a recurring shoulder injury. "I have been dealing with injuries ever since London [2012 Olympic Games], and it always took me a while to get back to 100%. Overall it got to the point where swimming was too painful for me and it was destroying my body." (swimswam.com, 02 Dec 2013; Twitter profile, 13 Feb 2014)