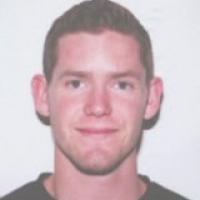 When and where did you begin this sport?
He took up competitive sprinting in Swansea, Wales in 2003.
Why this sport?
"When I lost my leg in 2000, all I wanted to do was run again. The sprints were the disciplines available if I wanted to run competitively."

Hero / Idol
US runner Michael Johnson and British runner Sebastian Coe. (paralympics.org.uk, 28 Jan 2010)
Sporting philosophy / motto
"Always go the extra mile - life will reward you." (bbc.co.uk, 13 Jun 2008)
Other sports
He played hockey at a divisional level prior to his accident in 2000 and has started cycling internationally for Great Britain following his accident. (bbc.co.uk, 13 Jun 2008, profsports.com, 28 Jan 2010)
Impairment
He had his right leg amputated above the knee following a motorcycle accident while travelling in Thailand in 2000. (paralympics.org.uk, 28 Jan 2010)
Other information
STOLEN LEG
After having his leg amputated he was determined to learn to run again, but his first prosthetic leg was not designed for the task and he kept breaking it. Eventually he had a specially-designed sprinting leg made and had been using it for six months when he won his first competition. However his training suffered a major setback in 2006 when his car, containing his prosthetic sprinting leg, was stolen. The expensive piece of equipment was not covered by his insurance so he had to seek funding to have it replaced. (walesonline.co.uk, 23 Jan 2006; bbc.co.uk, 13 Jun 2008)