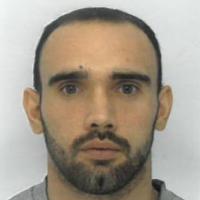 When and where did you begin this sport?
He took up Para athletics in 2012.
Why this sport?
He was inspired to get involved in the sport after watching the 2012 Paralympic Games in London.
Club / Team
Weir Archer Academy: London, ENG
Name of coach
Christine Parsloe, GBR

Injuries
He dislocated his shoulder during the March 2021 Wheelchair Marathon at the Thruxton Motorsport Centre in England and was unable to complete the race. He was cleared to return to sport in early June 2021 and raced 10 days later. (duluthnewstribune.com, 19 Jun 2021; thruxtonracing.co.uk, 29 Mar 2021)

In 2020 he severely cut his finger with a box cutter. He recovered in time to race at the October 2020 London Marathon in England, seven weeks after sustaining the injury, but still had some swelling in June 2021. (duluthnewstribune.com, 19 Jun 2021)
Sporting philosophy / motto
"My motivation is that you can have the worst news in the world, but there is life after disability and tragedy." (bbc.co.uk, 25 Apr 2019)
Ambitions
To win gold in the marathon at the 2020 Paralympic Games in Tokyo. (bbc.co.uk, 25 Apr 2019)
Impairment
At age 16 he was shot in the spine by a farmer who wrongly thought Smith and some friends were poachers trespassing on his land. He suffered paralysis as well as a collapsed lung, a ruptured spleen and a perforated bowel. (bbc.co.uk, 25 Apr 2019)
Other information
CHANGE OF DISCIPLINE
During the 2015 season he switched from seated throwing events to wheelchair racing, training with British Para athlete David Weir. "In one season I've gone from not being able to push in a straight line to competing at the Olympic Stadium [in London, England]. It's brilliant, and it's my dream come true." (mancunianmatters.co.uk, 28 Jul 2015)