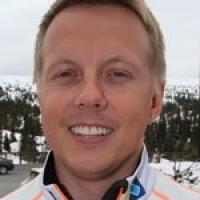 Hobbies
Playing golf, supporting English football club Liverpool. (skiforbundet.no, 2014)
Other sports
Before his injury he played football for FK Vangs in Norway. (avisa-valdres.no, 03 Apr 2014)
Ambitions
To compete at the 2018 Paralympic Winter Games in Pyeongchang. (avisa-valdres.no, 03 Apr 2014)
Impairment
He broke his right leg in two places while playing football in 2007. He developed a bacterial infection while in hospital and had to have his leg amputated above the knee. (nrk.no, 07 Oct 2014)